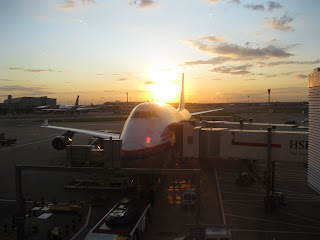 Heathrow Airport is used by over 90 airlines flying to 170 destinations worldwide. The airport is the primary hub of BMI and British Airways, and is a base for Virgin Atlantic Airways.

Concorde G-BOAB in storage at Heathrow
Of Heathrow's 67 million annual passengers, 11% are bound for UK destinations, 43% are short-haul international travellers and 46% are long-haul. The busiest single destination in terms of passenger numbers is New York, with over 3.7 million passengers travelling between Heathrow and JFK / Newark airports in 2008 and 3.5 million in 2009. The airport has five passenger terminals (Terminals 1, 2, 3, 4 and 5) and a cargo terminal.
Posted by wenn at 10:45 PM 0 comments

Do I love you because you're beautiful,
Or are you beautiful because I love you?
~Richard Rodgers and Oscar Hammerstein II, Cinderella 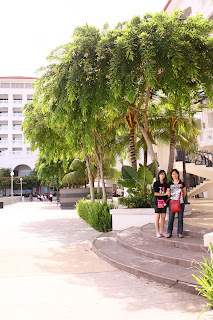 The Straits Quay marina has 40 pontoon berths that can accommodate boats from ten to 25m in length, with the approach channel and marina basin dredged to three metres below chart datum. All berths have water and electricity supplied via pedestals. A Boater's Centre is located within the Marina Management Office with information office, Wi-Fi access and shower rooms. Prior booking of berths is highly recommended and they will only be allocated subject to availability.
http://www.straitsquay.com/
Posted by wenn at 8:44 PM 3 comments 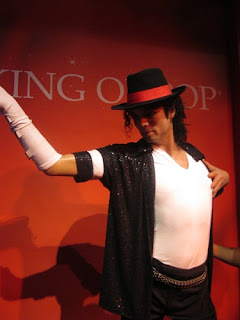 My favorite..
On June 25, 2009, Jackson died while in his bed at his rented mansion at 100 North Carolwood Drive in the Holmby Hills district of Los Angeles. Attempts at resuscitating him by Conrad Murray, his personal physician, were unsuccessful. Los Angeles Fire Department paramedics received a 911 call at 12:22 (PDT, 19:22 UTC), arriving three minutes later at Jackson's location. He was reportedly not breathing and CPR was performed. Resuscitation efforts continued en route to the Ronald Reagan UCLA Medical Center, and for an hour after arriving there at 1:13 (20:13 UTC). He was pronounced dead at 2:26 local time (21:26 UTC). Jackson's death triggered a global outpouring of grief.

The guards at Buckingham Palace 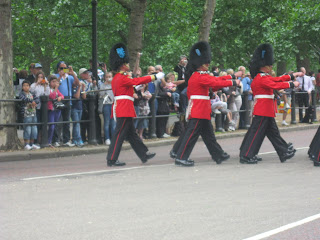 The Queen's Guard and Queen's Life Guard are the names given to contingents of infantry and cavalry soldiers charged with guarding the official royal residences in London. The British Army had regiments of both Horse Guards and Foot Guards predating the English Restoration (1660), and since the reign of King Charles II these have been responsible for guarding the Sovereign's palaces. 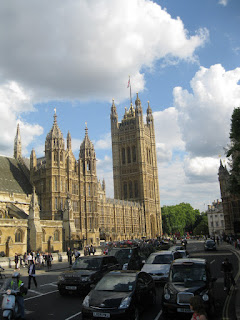 A view to admire..
The Palace of Westminster, also known as the Houses of Parliament or Westminster Palace, is the meeting place of the two houses of the Parliament of the United Kingdom—the House of Lords and the House of Commons. It lies on the north bank of the River Thames[note 1] in the heart of the London borough of the City of Westminster, close to the historic Westminster Abbey and the government buildings of Whitehall and Downing Street. The name may refer to either of two structures: the Old Palace, a medieval building complex most of which was destroyed in 1834, and its replacement New Palace that stands today; it has retained its original style and status as a royal residence for ceremonial purposes.
Posted by wenn at 11:32 PM 1 comments 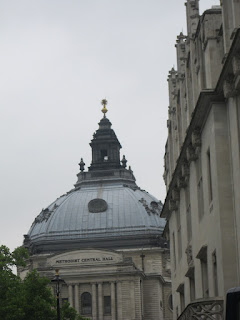 Methodist Central Hall Westminster was erected to mark the centenary of John Wesley’s death, the founder of Methodism in 1791. After years of fundraising and the purchase of a central London site, Methodist Central Hall finally opened in 1912 as a gift from the Methodist people, from across Britain and the World.
source
Posted by wenn at 9:05 AM 0 comments