Reaching the 50th birthday is a milestone that deserves one of the best 50th birthday celebration ideas. It is the beginning of the second half of life and a celebration of the first half of life. This day commands a lively, well-planned celebration. There are many ways to commemorate this once in a lifetime event, including these best ever ideas for a 50th birthday celebration.
The sentimental 50th birthday party is as fun to put together as it is to attend. This type party takes a little more time to plan as it requires input from many people. Items of nostalgia are gathered that are a part of the birthday person’s life both now and then. Pictures, tickets stubs, now-and-then items are all used to put together the decorations. Invitations for the sentimental party can be made using then and now picture of the guest. If time and images allow, this type of party can include a CD or DVD of pictures during the person’s life using music that covers their entire life period as well.
http://www.birthdaycelebrationideas.net/
Posted by wenn at 12:13 AM 2 comments 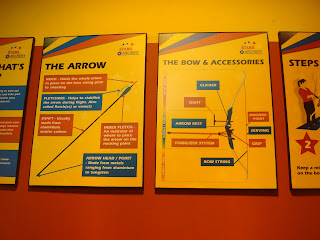 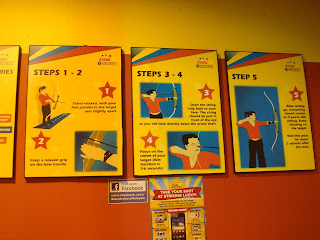 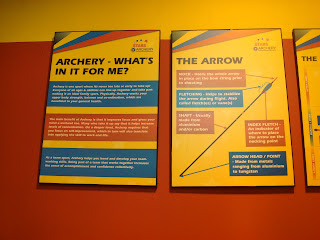 During the middle ages, archery was the lowliest form of warfare. Archers were usually the lowest paid soldiers due to the cheapness of making a bow and arrow. Many archers belonged to the peasant class because the higher classes viewed the bow and arrow as being insufficient, or to use only for entertainment. However, this low view of archery was turned around when the Vikings used archery as their main weapon which gained them large success. By the time of the 100years war, the English had learned how to use archers to their advantage, rather that using swords men, who could not fight from a distance. By this time, archery was not for the lower class, and archers were recruited as children and trained meticulously until and throughout adulthood. Every boy that was recruited was given a bow that was as high as he was, and expected to learn on it. During battle, archers would typically shoot two arrows, one from a higher route and one from a lower route. This would hit the enemy at two different angles, which made it difficult for the enemy to defend themselves.
http://www.streetdirectory.com
Posted by wenn at 9:40 PM 1 comments

How to minimize your chances of having a heart attack in the first place:

Written by Christian Nordqvist
Posted by wenn at 10:23 PM 3 comments

Mount Fuji (Fujisan) is with 3776 meters Japan's highest mountain. It is not surprising that the nearly perfectly shaped volcano has been worshipped as a sacred mountain and experienced big popularity among artists and common people.

Mount Fuji is a dormant volcano, which most recently erupted in 1708. It stands on the border between Yamanashi and Shizuoka Prefectures and can be seen from Tokyo and Yokohama on clear days.

The easiest way to view Mount Fuji is from the train on a trip along the Tokaido Line between Tokyo and Osaka. If you take the shinkansen from Tokyo in direction of Nagoya, Kyoto and Osaka, the best view of Mount Fuji can be enjoyed from around Shin-Fuji Station on the right hand side of the train, about 40 to 45 minutes after leaving Tokyo. 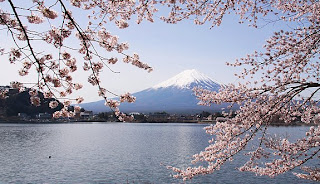 Oshino Hakkai is a touristy set of eight ponds in Oshino, a small village in the Fuji Five Lake region, located between Lake Kawaguchiko and Lake Yamanakako on the site of a former sixth lake that dried out several hundred years ago. The eight ponds are fed by snow melt from the slopes of nearby Mount Fuji that filters down the mountain through porous layers of lava for over 80 years, resulting in very clear water that is revered by the locals.

Next to one pond visitors can drink the cool water straight from the source. The ponds are quite deep and have interesting freshwater plant life and large fish that make a visit to the ponds almost like visiting an aquarium. Although the ponds have been developed into tourist attractions and can become quite crowded with visitors, they have a pleasant atmosphere as long as you do not expect untouched nature.